Why a Yearly Termite Inspection is Essential

Why a Yearly Termite Inspection is Essential 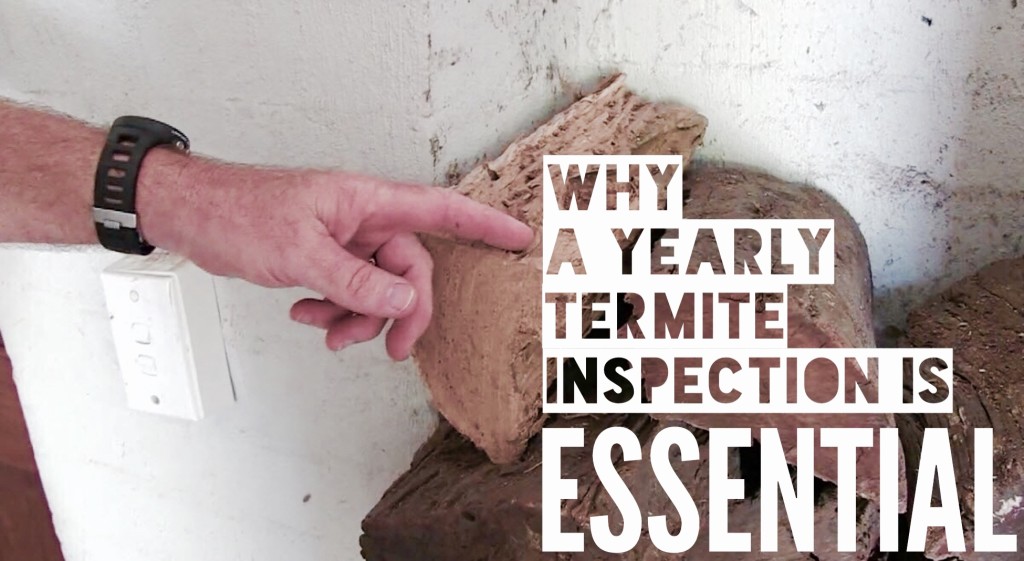 Recently we were called out to a property at Eight Mile Plains that we treated back in 2000. The previous owners never carried out any further inspections and the new owners that moved in wanted us to install a termite management system and treat some active termites inside a window frame.

This particular house is a good example of why a yearly termite inspection is very valuable as the termites have come back. Whereas if the previous owners had undergone annual inspections, we could have picked it up earlier and also given the house a retreatment every five years.

When we arrived at the property to inspect it, we found a potential termite entry point – an air conditioner overflow pipe that was connected onto an internal bedroom. The moisture from the overflow could potentially leak in-between the patio concrete and the wall of the house. Sure enough we gathered this had happened as the room had termite activity in the windowsill which needed treatment.

Also, the garage, situated not far away from the room that had the termite activity, had a pile of wood stored for the fireplace which can cause termite activity inside as well being a good feeding source.

The treatment plan for the termite activity in the garage was to drill a series of holes throughout the timber window frame, and inject Premise Foam into the wall cavity, the timber frame cavities, and the termite workings that are inside the windowsill which has already sustained some damage from the termites.

But termites were just one of the houses’ problems. The owner was also complaining of some noise in the roof voids, and in the wall voids. So, an external inspection was carried out outside for any food sources, or any droppings that would indicate rodent activity. Palm seed was found, which is a food source for the rodents. Also, rodent droppings were identified as well. One of the technicians also went up into the roof void and he identified that there were mouse droppings up there. The plan of action here is to place a series of baits throughout the roof void.

Cure-All Pest Control are Brisbane’s termite specialists and know how to protect your home or business from them in the most effective way. Get in touch with us today!

How to Stop Your Cat Wrecking Your Furniture

Why You Have Pantry Moths, and How to Get Rid of Them.