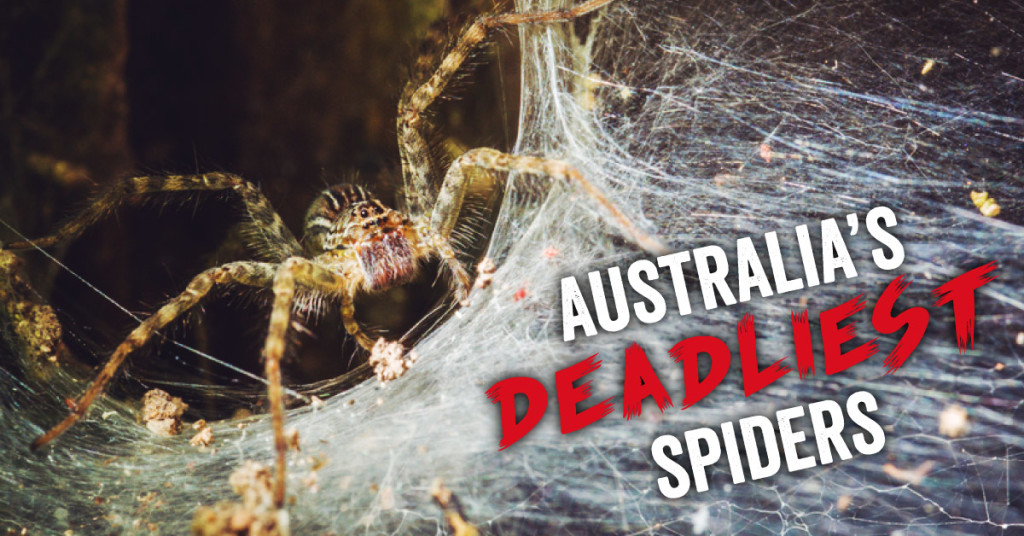 Co-existing with spiders is part and parcel of living in Australia. With around 10,000 species of spiders calling this country home, there’s a good chance you’ll encounter one at some point. Most of the spiders in Australia are harmless but there are a few that should be given a wide berth, we take a look at some of the more dangerous ones. 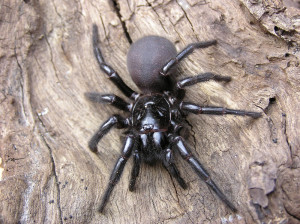 Normally found in New South Wales, the Sydney funnel-web is Australia’s deadliest spider and has been listed as one of the top 5 most poisonous spiders in the world. Luckily for us here in Brisbane it only has a 100km radius, so the chances of discovering one in your backyard are unlikely, but Sydneysiders should be careful walking around barefoot on their properties. Male funnel-webs do wander, especially at night and after rainfall. The spiders can also survive falls into swimming pools for up to 24 hours.

The funnel-web is dark and glossy in appearance, ranging in size from 1 to 5 cms. It is aggressive and has large, strong fangs that can pierce toenails and tends to hold on tightly while biting repeatedly. The fangs produce a highly toxic venom called atracotoxin which, if left untreated in humans, can attack the nervous system. A bite from a smaller longer-legged male is more poisonous, and there has been a reported case of a child that died within 15 minutes. There is an antivenom available, so there hasn’t been a death since 1981 but if you suspect you’ve been bitten by one call Triple Zero immediately. 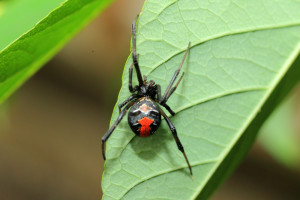 The Redback spider can be found all over Australia and inhabits the countryside as well as urban areas. The more toxic female sports a red stripe down the centre of its abdomen and a reddish orange streak on the undercarriage, it is around 1 cm in body length. Typical hiding places include garden sheds, mailboxes or the corners of decks; anywhere that is dry and sheltered. They can also venture inside clothes, shoes and gloves, so these should be shaken out before putting on.

Their proximity to humans means that Redback spider bites are quite common, with around 2,000 cases reported annually. About 250 of these require antivenom, which was developed in the 1950s, and there have been no deaths since this became available. Bite symptoms are generally pain, nausea and general unwellness, and children and the elderly are most at risk of a severe reaction. 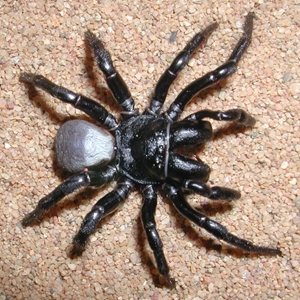 Mouse Spiders also exist throughout Australia and though seen occasionally in urban areas they more typically live in forest dwellings, shrubland or in burrows with trapdoors near rivers. They range in size from 1 to 3.5 cms long and look a little like tarantulas with fat black glossy bodies and bulbous heads. There are eight different species in Australia; the most common are the Red-headed Mouse Spider and the Eastern Mouse Spider.

The venom of some Mouse Spiders is akin to the Sydney funnel-web so the same antivenom can be used to treat bites. But these are quite rare since Mouse Spiders tend not to be aggressive or live in densely populated areas.

Fruits & Veggies That Are Toxic to your Dog

7 Ways to Get Your Kids Outside These School Holidays