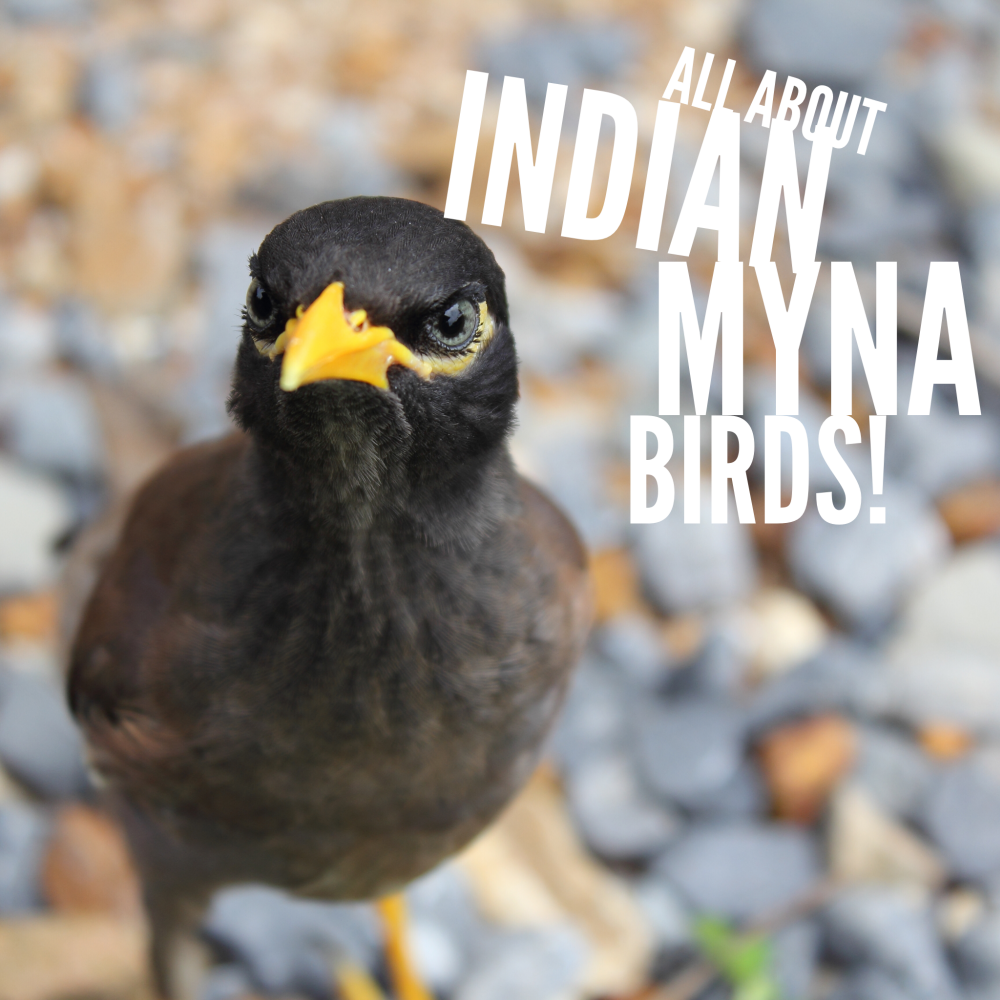 The Indian Myna bird, also known as the Common Myna, is classed as an invasive pest in Australia. It is especially prevalent in Sydney, and to a lesser extent in Victoria and Queensland. You can recognise the Indian Myna by its brown body, black head and yellow bill and legs. While in flight, you can see white patches on its wings.

The bird is native to southern Asia where it is a helpful combater of insects and called the ‘Farmer’s Friend’. It was introduced to Melbourne in the mid-19th century as a way of controlling insects in the market gardens. Later it was introduced to North Queensland to help with controlling grasshoppers and cane beetles in the cane fields.

But populations of Indian Mynas have not remained at manageable levels, rather they have flourished at such a rate they now pose a threat to agriculture and communities. The bird has a strong territorial instinct and has been quick to adapt to urban environments, such as Sydney, which offers a large potential food source. Studies on the Indian Myna have found that the bird can tolerate a wide range of temperatures, from -4 C to 23 C making the threat of further spread likely.

As well as the insects they were brought in to manage, Indian Mynas love fruit and young plants and are a nuisance for pecking at crops and seedlings. They will also feed on all kinds of scraps if left lying about, even pet food, and have been known to steal food off people’s plates at picnics. This has earned them the nickname ‘flying rats’ for their scavenging habits.

The introduction of the Indian Myna has seen our native bird species suffer as Mynas are competitive and domineering when it comes to obtaining their preferred nesting sites in hollows. They evict native birds from their nests and kill baby chicks and destroy eggs. This is why the bird is now the most dominant species along the east coast of Australia.

The Indian Myna’s’ nesting habits are also an annoyance to people as they build large messy nests in walls and ceilings and as well as being noisy in large numbers, they also can spread mites and diseases to people and pets.

If you have a problem with Indian Myna birds on your property, then our pest control professionals can help.  We even offer DIY trap solutions. Get in touch with us today.