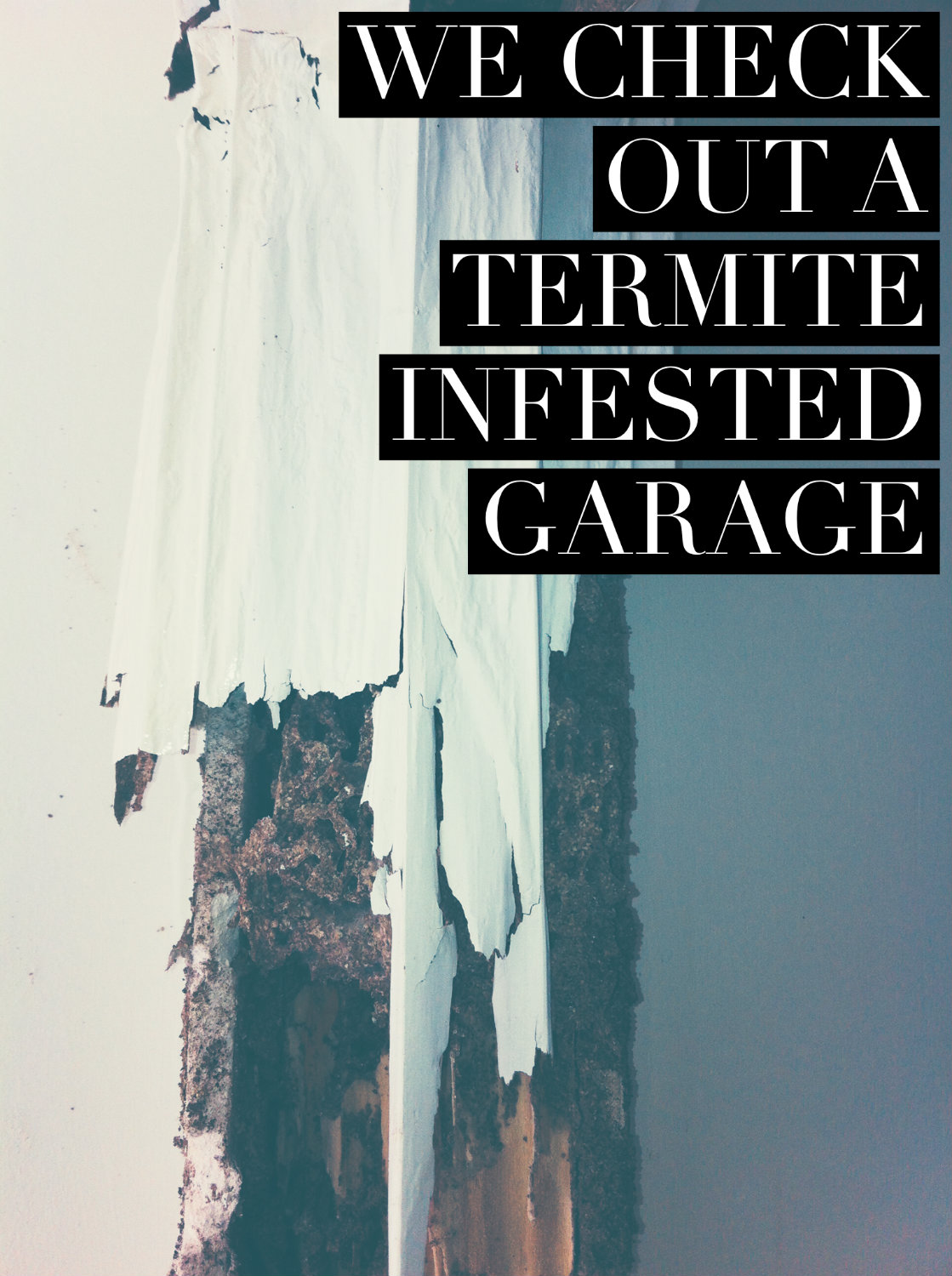 No one wants to open their garage cupboard and find it ravaged by termites. But that’s what happened in the case of a lady who owns a property in Balmoral. She immediately called us out to inspect the damage.

On the first part of our inspection, we found some entry points outside of the garage where the termite entry could be seen going over the slab edge exposure in three different spots. We then had a look around the garden and found a nesting site in a tree stump with high termite activity, the same species as we identified internally which is the Schedorhinotermes.

The property was a townhouse, and it was relying on having a slab edge exposure for a termite management system. However, while this allowed us to see the termite entry points rolling over the slab, it wasn’t enough to prevent the termites accessing the house. As there was no chemical treatment zone put down, we recommended putting one through the soil beside the actual slab edge and up against the footing of the home to rely on the chemical, and not the slab edge exposure.

Inside the garage, which is on the opposite side to where we found the entry points, we inspected the cupboard where the owner discovered the problem – they had opened up their cupboard to get the ironing board out, and found serious termite damage to the door frame.

On further inspecting the cupboard where the termites came in, we found damage along the bottom of the skirting board and also discovered, from a small inspection of the roof void, that there were termites in the roof void too. Mudding showed they’d run along the top plate and around the back of the laundry.

That led to the main part of the house and the dining room, and upon pressing the dining room door frame we found it was hollow under the paint. So as we thought, the problem was not just contained to the garage but had spread to other parts of the property.

For our plan of attack treatment wise, we’re going to drill a series of holes where the termites are active through windowsills, up through the timber trims, and around the door and window frames itself. We will inject Premise Foam into those areas and also do along the bottom plates and up into the roof void in the corners as well. We’ll then let that sit for seven days and come back and check to make sure that everything is non-active inside the property. Then we will put a termite treatment zone around the outside.

We hope this case study gives you an idea of how quickly and easily termite activity can get out of hand. Find out about our 4 step approach to long-term control of termites in your home. Our experienced team of specialists are on hand so give us a call today!