Cockroaches vs Cane Toads – Which is Worse?

Cockroaches vs Cane Toads – Which is Worse? 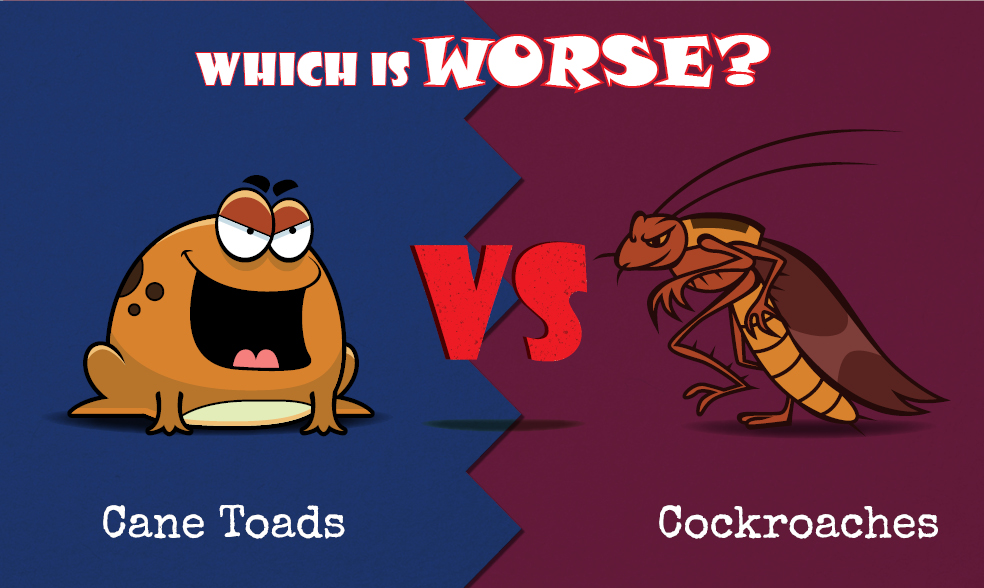 With the State of Origin decider on the way, lets take a look at both sides!

These natives to South and Central America were introduced to Queensland in the 1930s in an effort to control sugar cane beetles. This, unfortunately, proved to be unsuccessful, and the cane toad population started spreading northwest and is increasing at a rate of 40 km to 60 km each year.

The cane toad invasion is now a serious regional problem as they have adapted readily to a wide variety of habitats and are often unwittingly transported by humans. They forage at night on both land and water, preferring creatures like insects and snails. But they will also eat leftover pet food. They also drive out native birds from their nests and prey on eggs and young.

The cane toad has no natural predators in Australia, but some animals have learned to attack it from underneath, so avoiding the poisonous glands on the back of its head. Another issue cane toads face, which could slow their spread, is that they are susceptible to drought conditions and require constant access to water.

Cane Toads are poisonous for humans but not fatal. The venom-secreting poison glands cause burning hands and eyes and skin irritations. But cane toads can also harbour Salmonella and other parasites and bacteria, plus contaminate water systems. 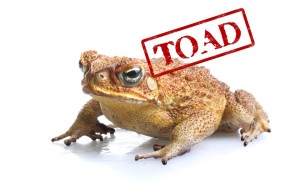 How to identify a cane toad:

Another invasive pest that affects numerous Queensland homes is the cockroach. While not as poisonous as the cane toad, cockroaches are vermin and if they get a foothold in your property they can spread disease by getting into stored foods and contaminating food preparation areas.

In general there are over 3,500 species of cockroach but Australia has three varieties that are the most common: the American, Oriental and German.

Cockroaches are nocturnal and attracted to dark, humid environments with a ready food source. So you’ll find them more often than not hanging out in the kitchen cupboards, near rubbish bins and in crevices. If they can find a way into your house, they will – through cracks in walls, up drains and through windows.

Home hygiene is a factor in keeping cockroaches at bay so for the best long-term prevention clean up food spills, store food in sealed containers and generally invest in good hygiene practices.

While cane toads are an ongoing regional problem, a cockroach infestation is something we can help you with right now. Give us a call today to find out more about our range of treatment methods!