All About the Blue-Banded Bee

All About the Blue-Banded Bee 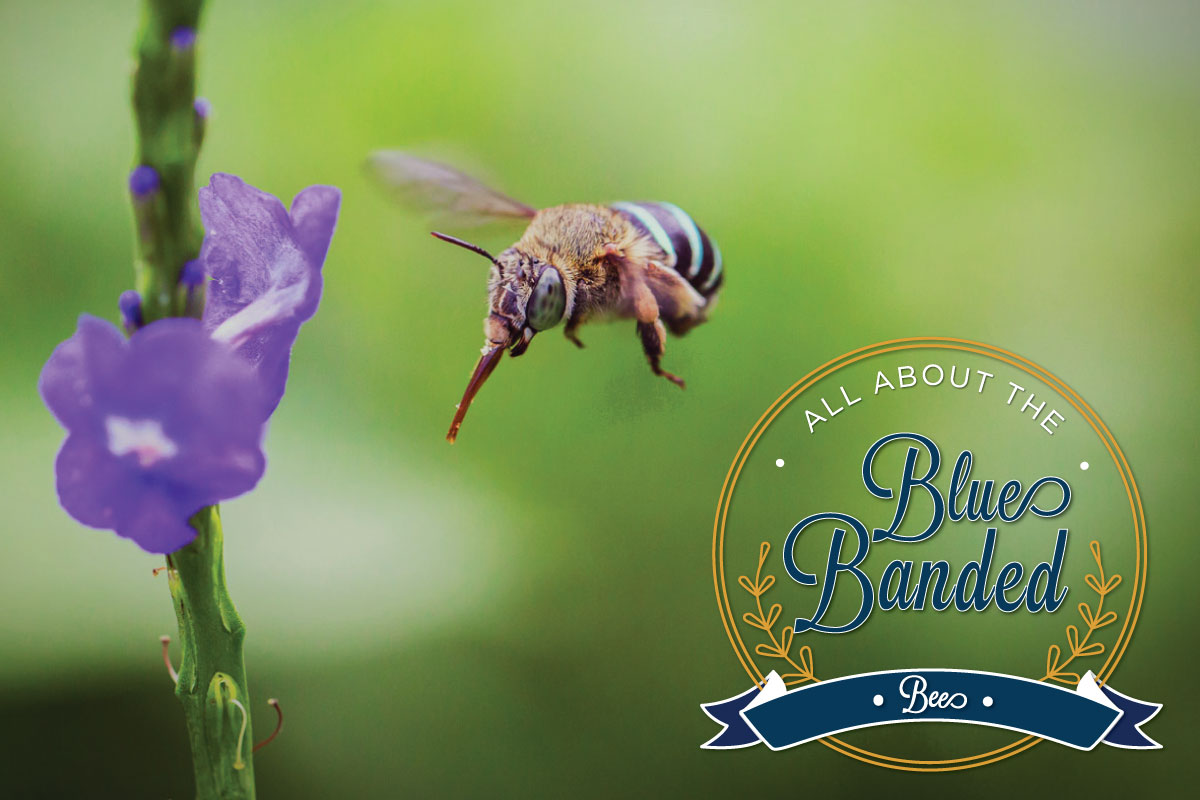 The blue-banded bee is an extremely unique Australian native bee. We’ll tell you all about why this bee is important to the agriculture of our landscape.

Found over most of the mainland of Australia, the blue-banded bee or Amegilla cingulata is named as such due to the turquoise bands that run across its lower body. It is further characterised by its tan-coloured wings, a gold and white fluff and bright green eyes.

You can tell the difference between the male and female bees by the number of blue bands they have- the males have five and the females have four.

But it’s not just the colour of these bees that makes them unique. They have many other features that set them apart from the rest.

If that isn’t cool enough- research has found that blue-banded bees can bang their head up to 350 times per second! This is much faster than bumblebees (Bombus impatiens) which also buzz pollinate. Bumblebees, however, bang their chest against the flower only reaching speeds of 240 bumps a second.

This means blue-banded bees not only pollinate at a faster rate than other bees- but they also spend less time per flower, thus they are more efficient. With 8 percent of the world’s plants needing to be buzz pollinated- a skill which the western honey bee does not possess- the blue-banded bee proves extremely valuable to Australian farmers.

Blue- banded bees are also fairly solitary animals so they may be hard to spot. However, keep an eye out near blue plants or people wearing blue clothes because research has shown that the bees are attracted to this colour.

The Wrath of the Birds